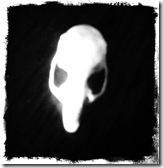 Well I supposed that we part on pretty good terms, there’s a bit of work I have done this year that I am proud of.

I continued submitting interviews for Galactic Chat which has become one of the most enjoyable aspects of being involved with the speculative fiction community.

I published somewhere in the vicinity of 465 posts,  64 of which were reviews. Which hopefully means I provided you, dear readers, with some quality, up to the minute, news and views.

I attended my first ever national convention, Melbourne’s Continuum 8 where I met tons of fantastic writers, fans and readers and realised that I am perhaps getting too old to stay in a backpackers.

I was nominated for two Ditmar awards, one individual, one joint with the Galactic Chat crew.

Continuum 8–There and back again (Part 1)

Continuum 8 There and Back Again (partie 4)

I attended a workshop with the wonderful Lisa L Hannett which resulted in me writing, completing and submitting my first serious speculative fiction work since 1990.  It also resulted in my joining a group of talented writers (many of whose skills astound me) and making new writing friends in my home state.

It would be remiss of me not to mention the Australian Women Writers challenge which, although I officially completed the 10 books and reviews for the Franklin Tastic level sometime before mid year,I kept going ending up with 32 read and 31 reviewed.

So all said, I can’t really have expected more out of this year.  2012 was pretty good.

Thanks to all readers commenters and friends its been wonderful.

Note: Bonus points if you can identify the skull pictured above.