Sean asked: “If you had your way, what pop culture show would you like
to write for or what fictional world would you like to bring to the
big or little screen...”

Which is an awesome question, though admittedly I looked at it and
mostly heard ‘lalalalalala would you write for Doctor Who if they
asked, lalalala. So let’s get the Doctor Who part out of the way
first!

This is actually something I have thought about quite a bit. Because
Doctor Who is the show I have loved most my whole life, and because
there are a lot of properties swirling around it that provide work for
working writers and I am, after all, a working writer. But on the
other hand, I love being a fan of Doctor Who, and it’s just about the
only deep interest in my life that is not also work of some kind -
from quilting to gaming, every hobby I have somehow has turned into an
enormous to do list of WORK. Doctor Who is delicious fun times, with
no responsibility.

Having said that, if someone asked me to do anything in the Doctor Who
universe, I can’t actually imagine myself turning it down. I love it
so much!

Other creative properties I would love to get my hands on, one way or
another, include Wonder Woman (and just about any superheroine of the
DC Universe), Blake’s 7, The Avengers (Steed and Peel, not Marvel) and
Xena. When it comes to turning existing literature into TV or film,
I’d love to see some Diana Wynne Jones works on the screen, as well as
Sarah Monette’s gorgeously gothic Melusine series, Sarah Rees
Brennan’s Demon series, and Diana Peterfreund’s unicorns...

Having said all that, I’m not a scriptwriter, and while getting to
play with any of those properties would be a lovely incentive to learn
new skills, the thought of starting from scratch with a whole new kind
of writing is incredibly daunting - I’d much rather see those books
adapted by someone who is qualified to do the job! I don’t have any
particular ambition to make it as a screenwriter, largely because I
would be beginning again with a whole different career, and I’m
already kept quite busy by the one I have. I’ve been listening to a
brainload of audio plays lately and that format intrigues me a lot
more than film scripts, but even then it would be quite a learning
curve - though one I’d be quite interested in attempting. I am a
complete dialogue junkie, after all. 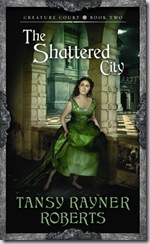 Her short story collection Love and Romanpunk will be published as part of the Twelfth Planet Press “Twelve Planets” series in May.

This post comes to you as part of Tansy’s Mighty Slapdash Blog Tour,and comes with a cookie fragment of new release The Shattered City:

In chimaera shape, Velody was invincible. Power coursed through
her muscles, bolder and brighter than anything she felt when she was
in human form, no matter who she was kissing. Chimaera was strength
and spirit and there was nothing the sky could do against her when she
wore that skin.

She could not move. Slowly, invisible hands lifted her high in the
air, above the thing that wore her friend like a cheap suit.

“One king down,” the creature said with a friendly smile. “Only you left.” 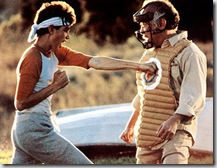 It’s always good to have a focus for your blogging and my focus this year was to read more Australian speculative fiction, promote Australian small presses and to get my inner journalist working and carryout some interviews.
Announcing!
So without further ado I am proud to announce that I have managed to secure interviews with some of Australia’s most acclaimed speculative fiction authors.
Yes, you dear readers, will benefit from my hard slog, the endless hours where my fingers tapped tentatively over the keyboard… actually no, not really.  All the hard work was done by the fabulous authors that were kind enough to take time out of their precious writing day to answer my questions.
The series focuses on  an author's use and opinion of Social Media.  I will be posting an interview each Friday, for your reading enjoyment.
Who’s up first?

First up will be Rowena Cory Daniels author of The King Rolen's Kin Trilogy, and founding member of the ROR writing cadre.  Not enough to sate your curiosity?
There’s a very extensive bio to be found here.