Continuum 8 There and Back Again (partie 4)

So Sunday morning I was organised and feeling moderately fresher.  There was no way I was going to be in a last minute rush to get to the Con.  So consequently I arrived there at 8.30 to a rather quiet bar.1 I wondered for a bit, disorientated, then discovered the wherewithal to check the program.

I had turned up extra early.

So I walked to Lygon street for an early morning croissant and then meandered back to the Con.  I had by this stage largely decided to just pick panels at short notice.  Continuum 8 programing was so good that you could walk into almost any panel and not be disappointed at the discussion. 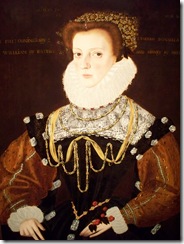 My first panel was Elizabethans are awesome, which had filled before most of the panellists arrived.  Grant Watson of Bad Film Diaries was moderating and also the only one in attendance from word go – and he did a sterling job of getting the audience warmed up.

Dave Cake rocked up shortly after the start followed by Ian Nicholls with a story of being trapped in the elevator(his room was on level 1) and Gillian Polack, whose excuse of being late due to Melbourne trams was widely believed over Ian Nicholls’ excuse.  When the jeering from the crowd subsided2 a very interesting panel unfolded.  Dave relayed his speciality, Elizabethans and the Occult which had me rethinking about my perceptions voiced about magic and the church in this review.

I learned that the theatre district along with most of the brothels in Elizabethan London were located south of the river on land owned by the Bishop of Winchester making him a very rich and powerful man.

The Panel ran out of time just as we got to the bits about the growth of espionage in Elizabethan England, all in all it was very good. 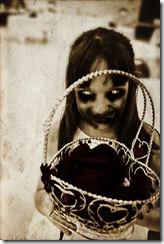 Next was We Want Your Brainz which was moderated by Peter Ball, one of my fave writers (unfortunately this meant he didn’t participate in answering the questions he posed).

Now some may find the Zombie craze a bit mindless.  But this panel was one of the most intense and interesting that I attended.  It covered the modern history of the Zombie from its realistic voodoo roots to the more pop culture flesh eating horde.  The Epic of Gilgamesh even got a mention as an indicator of how far back our fascination with the walking dead goes.

There was much talk of which direction the genre could take.  Felicity Dowker had already made a foray into Zombie romance with one of her short stories.  I wish I had taken more notes or that Cons recorded some of the panels because this one was brimming with ideas and inspiration.

Next was the Guest of Honour speech handled in an interview format.  Alison Goodman in Conversation with Jason Nahrung.  Alison and Jason are good friends and this was evident in the relaxed and comfortable talk that took place.  I also became aware of Alison’s other less well known work  - her adult crime fiction novel, Killing the Rabbit which I simply must buy after hearing her talk about it.

After lunch came my one and only panel appearance Book Blogs & Reviewing, which went much more smoothly and less nervously than I thought it would.  I think we came across as a pretty diverse bunch and there was a good discussion on reviewing for friends or acquaintances which is hard to avoid in the Australian Speculative fiction scene.

I did have chuckle to myself when a member of the audience who is a reviewer for one of the major newspapers was heard to have remarked that nobody reads blogs any more.  I mean the audience obviously did and personally I can’t remember the last time I read a newspaper( so neener)- but I had well over 1000 blog feeds to read when I returned home from the Con.

It was no rest for the wicked though and  straight into The Writer & The Critic with Kirstyn McDermott, Ian Mond and guests, Kelly Link and Alison Goodman.  That particular panel was recorded here.

I believe then that a decision was made to go and grab a quick bite to eat before the Chronos and Ditmar awards.  I had a wonderful dinner with Mark Webb and David Golding at the same pizza restaurant that we had been to the Friday night.  The one thing that impresses me about Melbourne was really good customer service.

The Awards Ceremony was quite frankly a blast.  By far the most entertaining  I have watched/ participated in for awhile.  Nominated for two awards, an individual for Fan Writer and a group nomination for Galactic Chat, I was stoked just to have been involved (and to have received the coveted nomination pin).  The results of those awards can be found here.

Congrats again to those who won.

My memory now eludes me as to what occurred next.  I am going to hazard a guess that I was in the bar where I managed to have two separate friendly theological discussions with people I know consider friends – you know who you are.

1.This is indicative of its importance as a location of free discussion not any latent alcoholism on my part↩

2. It was good hearted jeering.  I got the impression that Ian was well known to the con crowd.↩