It’s with some melancholy that I post this trailer.  I remember going to see the original at the cinema.  I have watched the old version recently and its dated (the 80’s do have a lot to answer for) but there’s a certain charm to Arnie’s poor acting and his one liners.

But the production looks slick on this one and maybe, just maybe, the studios might be taking a sci-fi story a little seriously? And I am sure Damon Lindelof hasn’t been near this one.

I give you Total Recall 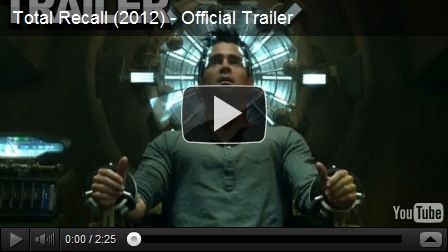 Apparently there’s no Mars in this story so it diverges from both the original movie and the Phillip K Dick story its based upon.  Though there’s some suggestion that it sticks closer to the original story? Ho they do that without going to Mars I am not sure.