I’d like to welcome Cat Sparks as the third interviewee in my 2012 Snapshot series of interviews.  As you can see below Cat is insanely busy and I thank her for taking the time out of her day to answer my questions.

Boil is definitely the correct term. Currently I feel like I’m living in of those nightmares where you’re desperately trying to run forward but moving in slow motion. Or a bug trapped in amber -- take your pick. I’m finishing up the graphic design/photography for the Aurealis Awards. I have a grant-funded novel due in November, a Twelve Planet Press story suite due in October, a collection coming out through Ticonderoga next year which requires two new stories.

The novel I have been working on in one form or another across the past seven years has just bounced back from my agent AGAIN with a long and comprehensive list of rewrite requirements. Plus, you know, my Cosmos job and I’m tutoring at a writing retreat in June and I’ve just begun a Doctorate. Lucky I quit my graphic design job cos I definitely don’t have time for that stuff anymore.

Editing & publishing the Agog! anthologies was a definite highlight, although I probably didn’t feel that way at the time. A couple of authors have since credited me with kick starting their careers. The press made a difference & made its mark, but it definitely hobbled my own writing output, both in terms of quality and quantity.

My own favourite stories are probably ‘Hollywood Roadkill’ from On Spec, 2007; ‘All the Love in the World’ from Sprawl, 2010 and ‘The Sleeping and the Dead’ from Ishtar, 2011.

The near future holds nothing but writing, rewriting, reading and data mining bibliographies. (see answer to Q 1 for details). I have definitely bitten off more than I can chew but I’m going to keep chewing anyway. My one true superpower is persistence. Never give up, never surrender, as they say…

Kim Westwood’s The Courier’s New Bicycle. I’ve been a big fan since buying a story of hers for Agog! Smashing Stories back in 2004. Kim’s work is that winning combination: style and substance struggling for equal space.

Also noteworthy are the complexities displayed in Tansy Rayner Roberts’ Creature Court series. Tansy’s work impresses me because I always swear I’m not interested in reading ‘that kind of stuff’, yet I end up reading and enjoying it anyway. Mind you, right now anyone who can produce a novel that doesn’t suck impresses me (again, see answer to Q1).

Kathleen Jennings is another one, definitely a quiet achiever, the absolute antithesis of the human spambot set. I remember Kathleen from cons of yore, shyly sidling up to collect local authors’ signatures. Her art is popping up in all sorts of prestigious international places these days. Good stuff and utterly unique.

Everything is now online and super fast. Hoary old arguments that used to fester over months now boil, brew and spew in the space of a single afternoon, mostly on Twitter and Facebook, Live Journal having fallen by the wayside. The community has ascended from the corporeal world like a plague of malcontented ghosts. I can’t help but feel many of us may have lost something valuable in our media-savvy quest for what is widely being misunderstood as ‘professionalism’. The tsunami of writers’ self-promotional spam is aggravatingly mind numbing, like a giant plasma telly notched up to eleven blasting all adds, no program content.

More books are being produced now than ever before, a direct result of improved digital printing technology. There are good sides to this -- and bad. There was a time when an author needed to make a reasonable number of pro sales before scoring a collection.

Newer writers used to read mags and anthologies with the intention of learning the score and improving their own chances of being included in the next one. No need to read anything anymore, just upload your stories straight to Smashwords or wherever. Does the elimination of gatekeepers make you a better writer? I doubt it.

The 2012 aether overfloweth with podcasts! This is an excellent development, especially for busy types like me as they are the perfect accompaniment to one’s exercise routine. My two favourites are Jonathan and Gary’s Coode Street and Galactic Suburbia. 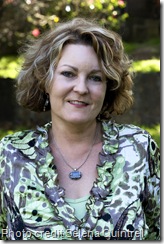 A graduate of the inaugural Clarion South Writers’ Workshop, she was a Writers of the Future prize winner in 2004. She has edited five anthologies of speculative fiction and more than fifty of her short stories have been published since the turn of the millennium.

Cat has received a total of seventeen Aurealis and Ditmar awards for writing, editing and art including the Peter McNamara Conveners Award 2004, for services to Australia’s speculative fiction industry. She was the convenor of the Aurealis Awards horror division in 2006 and a judge in the anthologies and collected work category in 2009.

She is currently working on a biopunk trilogy and a suite of post-apocalypse tales set on the New South Wales south coast.

Her story ‘All the Love in the World’ is reprinted in Hartwell and Kramer’s Years Best Science Fiction, Volume 16.

In January 2012 she was one of 12 students chosen to participate in Margaret Atwood’sThe Time Machine Doorway workshop as part of the Key West Literary Seminar Yet Another World: literature of the future. Her participation was funded by an Australia Council emerging writers grant.