Mythic Resonance was a project we’d been considering for some months before we finally decided to take the plunge and actually call for submissions! It was quite a challenge, as none of us except Stephen Thompson, our editor in chief, had ever been closely involved with an anthology before. However, we each had our own strengths – Amanda Greenslade is a fine graphic designer and layout person. The rest of us had a variety of experiences in structural editing and Sue Hammond is one of the best copyeditors around.

Choosing the stories was a challenge, but in the end we found a collection of tales we all liked and that blended well with each other as representative of the theme. We were looking for new takes on old tropes, and we certainly got them! Sue Burzstynski’s ‘Brothers’, for example, delivers a fun rewrite of Snow White, while Tom Williams’s re-telling of the tragic tale of Gelert, the faithful hound, is sad enough to bring a tear to the eye.

I think we ended up with an enjoyable bunch of stories, and so far, reaction from readers and critics has been positive. You can find Mythic Resonance in various formats, both print and electronic, on Amazon, Barnes and Noble, and iTunes

Ten years ago, I was a free-lance editor specialising in academic papers, but due to my online presence within the SF community and my deepening interest in the speculative genres, that has gradually shifted. These days my editing commissions are nearly all SF.

The boom in self-publishing has also played a part in the shift of emphasis, of course, and I’m pleased to see that many self-publishing authors are now not rushing to put their first drafts up on Smashwords, but are seeking professional editing services first. I now specialise in doing ‘mini-assessments’ for less experienced writers, so my work involves not just editing but a fair bit of mentoring as well, which I enjoy very much.


Well, I’d like to think it involved a nice contract with a major publisher, but with the publishing industry being in a state of flux, it appears that the bigger houses are not buying very much at all. Furthermore, epic fantasy, my chosen sub-genre, is not nearly as popular as, say, paranormal romance, so perhaps eventually I shall join my clients and self-publish! In the meantime, I’m enjoying both writing and editing as the fancy takes me.

The nice thing about being a reviewer is that the publishing houses send me lots of lovely freebies, so I do get a good overview of what’s being written and what is selling. Furthermore, I was on the Fantasy Short Story Panel for the 2011 Aurealis Awards, so I read more short stories last year than ever before – some 170-odd! Of that number, there were at least thirty that deserved to be shortlisted, but sadly, the rules stipulate that the final list can only contain five stories.

Two were by Margo Lanagan, an Aussie author whose work I love because of her ability to get into the hearts and minds of some very interesting characters. Other faves of mine, on the novel front, are Glenda Larke, Juliet Marillier, Karen Miller and Marianne de Pierres, but of course there are many others and the list could easily go into double figures!

Well, vampires still seem to reign supreme, but I think there is starting to be a swing away from them. We are seeing some highly original stories in other sub-genres, especially steampunk, from overseas as well as from Aussie authors. The biggest change is, as I’ve touched on earlier, the tendency toward self-publishing.

The standard of self-published work is, on average, storming ever upward, with the result that the practice now carries far less stigma than it did even two years ago. What’s more, it means that cross-genre stories, and outright eccentric ones that conventional publishers wouldn’t dare take on, can all find their own niche. This has got to be a good thing because it means readers have more choice. And we must never forget that the story begins and ends with readers. No readers, no industry – and no fandom! ‘Nuff said! 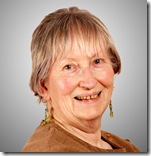 From a background in the performing arts, principally dance and music, Satima switched to writing in these areas a couple of decades ago.

A regular contributor to magazines such as Dance Australia and Music Maker, she was dance critic for The Australian in Perth for several years.

She is now Reviews Editor for The Specusphere, a webzine for the speculative fiction community, and she also undertakes freelance editing commission.

A life-long love of fantasy eventually led her start writing it, and she is now working on the obligatory trilogy. Apart from reading, writing, editing and reviewing fantasy, Satima’s interests include astrology and family history. She also enjoys participating in Shakespearean readings and writing the odd bad sonnet.