Book Review–The Storyteller and his Three Daughters by Lian Hearn 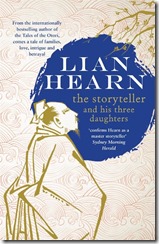 Lian Hearn has been recommended to me on a number of occasions by a number or people who know my tastes and hobbies.  I can’t for the life of me figure out why I haven’t taken them up on the recommendation.  Perhaps it’s my reaction to hyped up books and authors (I still haven’t read Harry Potter).

Sometimes other people do know you best.

Hearn is most well known for her immensely successful Tales of the Otori series, a fantasy series inspired by pre-modern Japan.  The Storyteller and his Three Daughters, however is a historical fiction set in late 1880’s Tokyo.

This book is deceptive in the best possible way.  Unassuming, quiet, steadily paced it ingratiates itself with the reader and before you know it we have gone from a tale about an aging and unhappy storyteller, to a tale of brutality and political intrigue.

There’s a skilled hand at work here, a lightness of touch in the telling of the tale. It also paints an evocative and realistic (as far as I can tell) picture of Japan in the throws of cultural crises, the fall of the Shogunate and the effect of the European colonial powers plying their culture and interests.

Not afraid to experiment, Hearn presents the dialogue in the book as it would be rendered in early novels of the Meiji era i.e. like a play script. This may pose some issues it you are particularly attached to conventional dialogue presentation, but I didn’t notice it after awhile and  I think it adds a certain verisimilitude.

I loved it for the focus on storytelling on the ancient arts of Japan and for the tales within tales, drama intrigue and subtle horror - I think an expanded version of The Tale of the Nose would sit very well in a horror anthology.

A lovely book to read, a fine example of craft.  I will be reading more.

An Australian writer you should be able to find Lian’s work at your closest library or it can be ordered from Booktopia.

This review is part of the Australian Women Writers Challenge 2015.  Please check out this pagefor more great writing from Australian women.

Did you enjoy this review? Would you like to read more? You can subscribe to the blog through a reader, by Email or Follow me on twitter.
Posted by Sean Wright at 3:04 PM
Book Review–The Storyteller and his Three Daughters by Lian Hearn
2015-10-31T15:04:00+10:30
Sean Wright
#aww2015|Book Reviews|Lian Hearn|
Comments 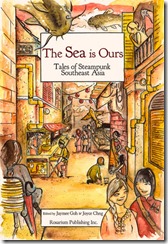 This is the second volume I have read edited by Joyce Chng who shows a talent, along with Jaymee Goh, for selecting quality work and writers.

The Sea is Ours – Tales of Steampunk South East Asia quite directly presents itself as Steampunk.  I want to say though, that it’s a bit more than that.  It’s quite easy to dismiss Steampunk in general as a sub-genre that’s been overworked.

From very early on in my reading though, it was apparent that The Sea is Ours, had greater depth.  Here’s what I wrote via a Goodreads update nearly halfway through the reading:

An intriguing selection that is reminiscent of Alternative Alamat in some ways. This *is* steampunk, but where that might cause potential readers to roll eyes and think "not another clockwork collection", The Sea is Ours is much more South East Asian alternative history and is all the better for it. The steampunk is subtle in most cases and where it isn't it’s original.

Collections like the The Sea is Ours is what I think of when talking about diversity in genre.  Each of the stories contained brought a new angle or a fresh perspective on some old tropes.

But ultimately what excited me was the stories and characters of South East Asia.  In and age long past half my history major was on Ancient South East Asian history, so for me The Sea is Ours brings back memories and adds additional threads to the tapestry of my experience.

Steampunk can feel “bolted” on a times, a cliché, but what I found with each of these stories was a much subtler integration into both story and culture.  In some stories the technology arrives from outside the narrative’s culture and it’s adapted, in others it forms an integral part.

There’s also a good balance of the mythic and fantastical, Alessa Hinlo’s, The Last Aswang, and Timothy Dimacali’s On The Consequence of Sound, immediately spring to mind. Each author brings something fresh to this work though and for a collection that has its fair mention of airships and automatons, The Sea is Ours delivers variety in the type of story as well.

This is a fresh and original collection that reworks Steampunk in interesting ways while showcasing talented authors who present us with the reworked and reimagined stories of their own cultures and traditions.

This is a review copy offered by the publisher. 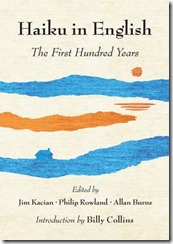 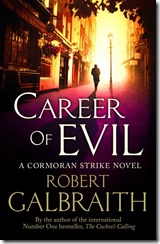 Did you enjoy this review? Would you like to read more? You can subscribe to the blog through a reader, by Email or Follow me on twitter.
Posted by Sean Wright at 10:20 AM
Book Review–Career of Evil by Robert Galbraith
2015-10-21T10:20:00+10:30
Sean Wright
Book Reviews|Crime|JK Rowling|Robert Galbraith|
Comments