Lisa Hannett burst onto the scene with Bluegrass Symphony, a debut collection that had only one previous published story.  SA Arts have recognised her talent and given her a grant that will allow her to bring us more dark tales of the weird. 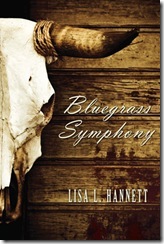 Thanks Lisa for taking the time to answer my questions:

I’ve got a couple of projects on the go at the moment. Last December, I received a grant from the wonderful folks at Arts SA, which has allowed me to take a big chunk of time off this year to focus on writing my first novel, The Familiar.

At the same time, I’ve also been completing Midnight and Moonshine, a collection of interconnected short stories that I’m co-writing with Angela Slatter, which will be published by Ticonderoga in November 2012.

It’s been great working on two major projects at once: when one book is giving me trouble, I can swap to the other one, which gives the back-brain some time to nut out whatever problems I’m having with the narrative. It’s also fantastic working with Angela on the collection — we’ve been having a great time putting these stories together, which relieves the ‘second album’ syndrome a bit.

So, to be honest, any pressure I feel to produce “a stunner” is all self-inflicted; I never feel like people are waiting with bated breath for my next piece, or that they want me to live up to some unknown/unquantifiable expectation. It’s more that I want every story I write to be better than the last — and it’s when I think I’m not quite reaching that goal that I feel pressure. The best way I’ve found to overcome that sort of anxiety is to just keep writing (here’s hoping it never stops working!)

This question is so hard to answer! Bluegrass Symphony is my first book, a series of stories that are all set in the same weird world — and only one of the pieces had previously been published elsewhere. So I didn’t have the comfort of knowing they’d been published before and that they’d already been successful in other anthologies or magazines. The book was all new, so I had no real way of knowing how it would be received. It could’ve been a huge hit or a huge miss. But I really enjoyed writing the stories, and I definitely hoped readers would like the pseudo-Southern setting and the characters as much as I did.

As for fondest memories: I was so excited that Bluegrass was featured on ‘The Writer and the Critic’ podcast alongside Rob Shearman’s Everyone’s Just So So Special — I adore Rob’s short stories, so I thought that was totally cool. And winning two Aurealis Awards (for Best Collection and Best Horror Short Story) was just mind-blowing. The whole night felt like a dream.

Thanks! I love reading weird stories, so I’m naturally drawn to writing weird things as well. And as I said, I’m now working on my first novel, The Familiar, which is a dark fantasy story about witches that is more fantasy than weird — but having said that, I’m apparently really bad at judging how dark and/or weird my stories are, so it might be more weird than fantasy. Who knows? There are a few stories in Bluegrass that I think of as quite “happy” tales, but I’ve had several people tell me that they find these ones the creepiest in the collection… At any rate, yes, I am branching out into longer narratives but I’ll never stop writing short.

I adore short stories — when done right, they can be perfect narrative entities. They carry so much power, so much impact in so few words. I also love that you can push the boundaries with short stories; you can offer readers intense, unsettling, subtle, chilling, horrific bursts that you might not be able to sustain for a novella or novel length story. In my “spare” time, I’m working on a mosaic novel called Lament for the Afterlife, which I hope will find a medium between both forms: the short ‘chapters’ will carry the impact of weird short stories, but the overarching narrative will rely on having all of the pieces working together to make a longer whole.

I’m so glad you’re enjoying the blog! Even though we’ve got such a thriving speculative fiction community here in Australia, when it comes to actually sitting in front of your computer and putting words on the page, you can sometimes wind up feeling isolated and a bit lonely. Enter: the internet! Although the web can be really distracting when I’m trying to write, it can also be a great way to share writing advice, to give each other a boost when it’s needed, etc. I am having such fun with the ‘Tuesday Therapy’ series — and I sometimes feel like the advice we get every week is designed specifically to kick me back into action on my novel. Hopefully it has the same effect on other people!

As for Australian must-reads: ooooh, there are so many! Definitely Debris by Jo Anderton — I gobbled it up and cannot wait for the next book to come out! Madigan Mine by Kirstyn McDermott — awesome, awesome Australian gothic/horror. The Arrival by Shaun Tan (not a novel, but I don’t care! It’s incredible.) Sourdough and Other Stories by Angela Slatter — beautiful fairy tale-ish world, unbelievable writing. Kim Westwood’s The Courier’s New Bicycle. The ‘Old Kingdom’ trilogy by Garth Nix (Sabriel, Lirael, Abhorsen). Kaaron Warren’s Dead Sea Fruit collection. The Memory Cathedral by Jack Dann. Tender Morsels by Margo Lanagan. All of Peter M Ball’s short stories (go to his website for the links). I could go on — I have barely even touched on the awesome Australian writing that I’ve enjoyed recently — but I’ll leave it at that for now.

Podcasts. They’ve been around since Aussiecon4, of course, but seem to have really boomed in the past two years. ‘The Writer and the Critic’, ‘Galactic Suburbia’, ‘Coode Street’, ‘Pangalactic Interwebs’ — I am hooked on all of them. I love that these podcasts are getting so much attention, both at home and overseas, and that they are such great ambassadors for the Australian speculative fiction community. And the megapodcasts at cons are so much fun! 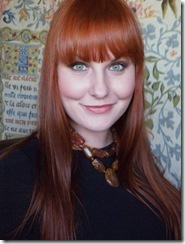 Her short stories have been published in Clarkesworld Magazine, Fantasy Magazine, Weird Tales, ChiZine, Shimmer, Steampunk II: Steampunk Reloaded and the Year's Best Australian Fantasy and Horror 2010, among other places.

Her first collection, Bluegrass Symphony (Ticonderoga) won the Aurealis Award for Best Collection 2011. Midnight and Moonshine, co-authored with Angela Slatter, will be published in 2012. Lisa is a graduate of Clarion South. You can find her online at http://lisahannett.com and on Twitter @LisaLHannett.