Book Release– The Price of Fame by R.C. Daniells

or as we specfic readers might know her Rowena Cory Daniells. 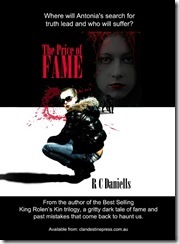 The Price of Fame is a crime novel published by Clandestine Press very shortly. So what’s it about?

Here’s the copy from Clandestine themselves:

Where will Antonia’s search for truth lead and who will suffer?

When film and TV graduate, Antonia Carlyle sets out to make a documentary about eighties band, ‘The Tough Romantics’, she uncovers new facts surrounding the death of singer song-writer, Genevieve. This leads her to suspect that the man arrested for her murder was not the killer.

One of the three surviving band members believes it is time to settle old ghosts but the other two have gone on to forge solo careers and don’t want Antonia to rake up the past. One of them knows who the killer is, the other needs to hide their guilt.

A growing psychic link with the dead girl and the conviction that justice must be done, drives Antonia to face her own demons, uncover the past and confront the present.

And a book trailer to boot: 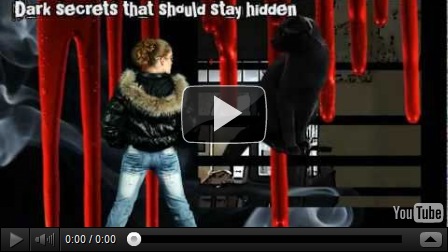 I absolutely love Rowena’s fantasy work so it will be a delight to see what she does here.