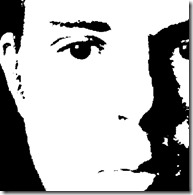 Work is keeping me busy but I have found time to pen two poems and submit them in the past couple of weeks. And today decided to kick my arse into gear for a short story prize - The Carmel Bird Award.

So on the writing front I picked up a rejection from the magazine I sent Bad Ground (my Cthulu-esque/weird poem) to.  They were very kind in their rejection and gave positive feedback, so I am taking the rejection as an indication that I am on the right track and I just need to keep going/refining.

After taking said poem along to my writing group (after I subbed) who gently teased it apart I was worried that It might get published and it wouldn’t be as good as I can see it becoming.  So, close call there (and what a way to rationalize a rejection).

I decided to enter the Kernewek Lowender literary prize that’s held in South Australia’s little Cornwall – Moonta.  I had no idea what sort of poetry they were after, however, the theme for this years prize was Smugglers and Sinners so I penned The Smuggler’s Reply; a poem in iambic tetrameter by an anti government/establishment smuggler or free trader.

Learnt quite a bit about Cornwall and smuggling in researching the background for that one.  Won’t know ‘till about May if I had any luck, as there’s only a winner and runners up announced/advised, all other entries are destroyed.