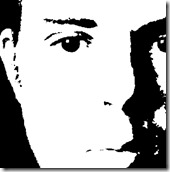 It was a pleasant surprise to be greeted by congratulations from several folks as I booted up twitter Wednesday morning.  I had arrived at work only to witness the efforts of some creatively stunted individuals who had tagged half the school.  I mean seriously if you are going to be a rebel, put some effort in.

Now I don’t usually get unsolicited congratulations, so I enquired as to what I had done.  To be met with “you’re up for a few Ditmars”.

Which did honestly shock me because

a) I swear I only just finished nominating and

b) I still haven’t really got over being nominated last year.

I listened to Robin Pen on a controversies panel at last Natcon where, and I’ll paraphrase him incorrectly, he said something akin to “We should take the awards seriously but perhaps not ourselves.”  Apologies to Robin if that wasn’t your intention/train of thought. I think its important to take the appreciation of your peers and the Science Fiction community seriously, that the good regard the hold you in means is what really matters.

It is an honour for me just to be nominated. I share the various nomination fields with a great bunch of people and I am looking forward to the awards night even though its highly unlikely I’ll make it to Canberra.

I would like to do a series of posts on the various fields but knowing what my life’s been like lately that might be stretching it, but we’ll see.

So what did I do to receive such a wonderful accolade?

I’m nominated in the Fan Writer Category for the work on this blog, all the reviews and news lumped in together. I am also nominated in group nominations twice in the Best Fan Publication in Any Medium; once for my audio interviews for Galactic Chat and one as part of the wonderful team who did the 2012 Snapshot.

The voting links lie below you have to be a member of this convention or last’s from memory.  So go ahead knock yourself out I’m still struggling to put down votes for thr first category so solid is the field.

The official ballot paper, including postal address information, may be
downloaded as a PDF format file from:

Once voting opens, votes will be accepted via email to:

However, if possible, please vote online at:

Postal ballots will be distributed in the near future.

Voting for the Ditmar Award is conducted in accordance with the rules
specified at http://wiki.sf.org.au/Ditmar_rules, and is open to members
of Conflux 9 (including supporting members) and to members of
Continuum 8 who were eligible to vote in the 2011 Award. Voting in all
award categories is by the optional preferential system, and each
eligible individual may vote only once. All ballots (including emailed
ballots) should include the name and address of the voter. If you have
questions regarding the ballot or voting procedure, please email
ditmars@sf.org.au.