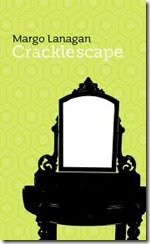 And it turns out I have read everything in this category and still would have if Jason Nahrung’s Salvage had been a sentence or two shorter and fallen into it.  And it’s further proof that having read everything doesn’t help with your voting.  I suspect that there are many worthy reads within the eligibility list, the trouble being  access to them, some hidden away in collections and time to read them.

I reviewed Flight 404 here. A good hard science read, where that science is the backdrop, it influences story but is not THE story. My final thoughts on it were:

I really enjoyed this story, felt that that the character was an honest and positive representation of a transgender person and I was captive to the mystery and story right until the end.

Significant Dust is my favorite from Cracklescape, which I reviewed here.  Not my favourite Lanagan short, that honour goes to singing my sister down but as I said in the review of Cracklescape:

Significant Dust was the story that had me reaching for the tissues.  It’s not quite so gutting as my favourite Lanagan, Singing My Sister Down, because there’s a hopeful ending or at least Margo has left enough room for me to imagine one. 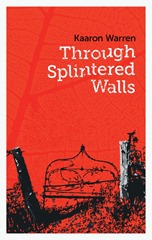 Sky was part of a fairly even collection, each of the stories presented something of value to me and I don’t have a feeling of Sky standing out above and beyond the others.  Here’s the review for Through Splintered Walls that contains the novella.

Of those that didn’t make it on to the ballot that I have read and that I think really stood out were "Elyora", by  Jodi Cleghorn, in the Review of Australian Fiction.  I am not sure the novella hit a wide enough audience.  I think it sits well in the Australian Gothic Horror genre as outlined in Dr Hannett’s article for This is Horror.  If you’re fans of Nahrung or McDermott I encourage you to check out Elyora, which will be republished this year by a UK publish under a different title and with a longer prologue.

The second is The King’s Man by Rowena Cory Daniells (though I’m not sure it was published in Australia or if that even matters by the rules) its a novella set in the KRK universe.  It’s gritty, largely self contained at still manges to carry the emotional punch of Daniells’ much larger novels.