Went to see Avengers the other day.  Caught the 3D version which is my first since one of the Nightmare on Elm Street movies back in the 90’s.  And I’m pretty meh about it actually, not sure that it actually added too much to the movie.

The movie itself was pretty good, considering the cast of heroes - ensemble performances can be a bit tricky.

I was pretty impressed with the every so slightly insane Loki played by Tom Hiddleston.  Here he is doing an off the cuff Shakespearean monologue (h/t @becadroit) 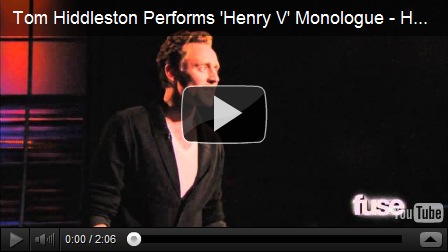 And here he is in the Avengers in possible my favourite scene: Pretty sure that Robert Downey Jr. played himself.  Scarlet Johansen was good as the Black Widow and I think Mark Ruffalo was a good choice for the Hulk.

Its apparently smashing box office records, I’m not sure if its THAT good, but a definite improvement over Thor.  Probably on par with Iron Man 1.