Antipodean Assault on the Gemmells 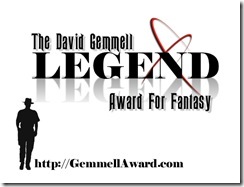 It has been brought to my attention that Helen Lowe and Kim Falconer both have books in the Gemmell Awards.

Now these awards are named in honour of David Gemmell whose career was instrumental in reviving the Heroic Fantasy genre back in the day, when I was a young fella and we had to walk 10 miles to school, barefoot in the snow – yes, the mid 80’s.

A little messenger raven has also told me that no one from the southern hemisphere has ever won an award( I can’t seem to locate the list of previous awards to confirm). Tansy Rayner Roberts’, Power and Majesty got a Ravenheart last year, but the artist was Scandinavian.

Thankfully the voting in the Gemmell awards is free, and open to any fan, even us colonials.

There are three awards:

You can go here and rectify the situation.