Update on the Vox 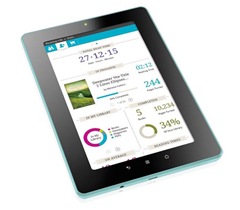 Still growing to love the Vox.  I have had some issues with the Kobo App not presenting certain publications correctly.  It’s usually that the hyperlinks within in books don’t work.  It’s especially annoying with magazines like Aurealis and Asim which I don’t read in order.

My first solution was to load up Aldiko and Bluefire reader apps.  They worked but loading the files on was a mess around.  Initially I couldn’t locate the files to load into the apps.

To read a book in Aldiko I had to load it into the Bluefire reader app and then use Aldiko to find it there. A finicky process, with a simple solution in the end.  I uploaded the magazines to the Booki,sh service and then accessed them through a bookmark/app on the home screen.

By far the most enjoyable discovery has been Handbreak, not even an app, but a bit of free compression software that will allow you to compress movie files to formats usable on a number of small handheld devices.

I know some DVD suppliers are now providing file copies when you buy the DVD’s but there doesn't appear to be any service that will provide compressed movies to be watched on handhelds.  I would think that with the number of handheld devices in circulation that someone would make a killing on renting or selling 300mb versions of popular movies.

So yes I have been converting my DRM free titles to watch on the Vox.