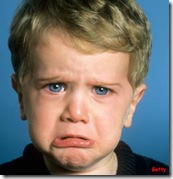 I am working my way through a very nicely put together Aurealis 48.  There are experimenting this issue with some graphic art story telling and the non fiction section has me eyeing off some books that I can’t afford.  You really should try it out.

But what’s got me putting finger to keyboard is a throw away line in a very good (far better than mine, in fact) review of Margaret Atwood’s In Other Worlds by Crissetta MacLeod.

It’s possible, nay probable that I am entirely over reacting, but a certain line stuck in my craw1

I enjoyed her exploration of religious literature as part of the genesis of our genre. I was glad that she quoted copiously from Northrop Frye, a hero of mine who specialises in analysing the way biblical phrases and stories permeate everyday English usage. (Your dogmatic atheist will insouciantly mention 'the writing on the wall', or 'throwing the first stone').

I understand what Crisetta is saying; that biblical language infuses our culture to such an extent that even those who might eschew the bible and its teachings will blithely(perhaps ignorantly) use phases that originate in it. And I agree.

But I think it could have been put better with less chance to cause a very minor offense.

If we are going to get careful, even particular, about language then Dogmatic Atheist is a somewhat of a misnomer. Atheism has no Dogma. The label is often used pejoratively by those who wish to poison the well2,  to disregard an interlocutor’s point of view by putting them “over there with those crazy extremists”.

I, as an atheist still use terms, phrases that originate in religious texts and convention. We all do, and a large part of the population is ignorant as to the origins of commonly used language or phrases.  Much the same as those who hold to the idea that the Bible is the inerrant word of God are largely ignorant of the history and convention that precedes it.

We still, without batting an eyelid use names for the days week that have their origins in the worship of the Norse gods, we celebrate feast days that are tangled up in pagan myth.  I still shout Jesus Christ when I stub my toe3 I still engage in gift giving on December 25th.

I guess what I object to here is that Atheists need to be used as an example here at all.  Western civilisation is one long, rolling amorphous blob, picking up and subsuming many smaller cultures and languages.  My preference would be to be inclusive or at least stay away from terms that have heavy baggage.  [edit]Why shouldn’t a sufficiently well educated Atheist have an appreciation of the literature of the bible, or the the art that it inspired?

And Crisetta, if you’re reading - a great review which I agree entirely with(at least you didn’t use Militant).

Feel free to discuss the post in the comments.  I feel that I am perhaps somewhat oversensitive to certain labels, being a veteran of the culture wars.

1. Craw is from the old English for throat, its origins are obscure↩

2.I don’t for a second think Crisetta is being malicious, I am merely stating that this term has baggage↩

3. To be honest it’s often in conjunction with some more colourful verbs↩