Hat tip to Sean Williams for mentioning this Ticonderoga Bundle going cheap on Indie Books Online.  Note they are all limited editions, selling at nearly half price.  Almost all have won awards or have been heavily nominated.

You can peruse the material sourced from the Indie Books Online below or head straight over their via this link Ticonderoga Bundle.

The Workers' Paradise - Limited Edition
Edited by Russell B. Farr and Nick Evans

In this anthology, Australia's finest speculative writers imagine what the future holds for the Australian worker. 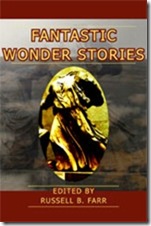 The ambitious first anthology from Ticonderoga Publications. Featuring stories from some of Australia's rising stars and a handful of contributions from respected veterans, this anthology marks the publisher's 10th Anniversary.

Nominated for the Australian Shadows Award:
"There Was Darkness", Martin Livings

Since the early 1980s Simon Brown has engaged readers with a series of alternate takes on the Trojan War. "Love and Paris", "Imagining Ajax", "Why My Wife Left Me, and Other Stories, by Diomedes" and the brilliant "The Masque of Agamemnon" are collected here for the first time, alongside lesser known tales and the original novella, "The cup of Nestor".

Collection features an introduction by Garth Nix, author of Sabriel, Abhorsen and the Keys to the Kingdom series.

Over 132,000 words of the best fiction by best-selling writer Sean Williams.