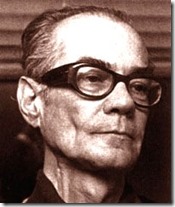 or to give it the full title the William Atheling Jr Award for Criticism or Review.  It’s named after the pseudonym created by science fiction writer James Blish and according  to the rule

The William Atheling Jr Award is for the writing or editing of a work or a group of related works of criticism or review pertaining to the genres of science fiction, fantasy, or horror.

So it can be quite broad.  I personally view it as an award for  a singular work or a small collection of works that make some critical impact.  It’s for that reason that I don’t tend to favour what typically passes for blogging reviews as eligible for the award. Note this is just my personal opinion based on my own style of reviewing (which tends to be short; more inline with book recommendations.

What I favour for an Atheling is a work that is longer, has some critical bite to it, some depth and that makes some impact.  This years nominees are:

William Atheling Jr Award for Criticism or Review
————————————————————————
* Alisa Krasnostein, Kathryn Linge, David McDonald, and Tehani Wessely, for review of Mira Grant’s Newsflesh, in ASIF
* Tansy Rayner Roberts, for “Historically Authentic Sexism in Fantasy.Let’s Unpack That.”, in tor.com
* David McDonald, Tansy Rayner Roberts, and Tehani Wessely, for the “New Who in Conversation” series
* Liz Grzyb and Talie Helene, for “The Year in Review”, in The Year’s Best Australian Fantasy and Horror 2011
* Rjurik Davidson, for “An Illusion in the Game for Survival”, a review of Reamde by Neal Stephenson, in The Age

Those in bold were nominated last year either for a continuing project or for the new version of that project.  I think all of these nominees fall under my own particular idea of the type of work we should be lauding .

I will tell you now though I favour Tansy’s post on Tor, it achieved impact, displayed passion and illustrated in the comments section why such a piece needed to be said. That’s not to say that the others aren’t worthy but that it really did strike a chord with me and others.