An imbalance in the Grimdark

I’ll begin by saying that “Grimdark” as a term gives me the irrates, like a whole lot of other memes/hastags that attempt to distill everything down to one all encompassing word,  I find this feature of modern internet culture ( the distilling of things to a hashtag like label) often results in discussion being curtailed, and points of view being neglected by the very virtue of being labeled with a tag. 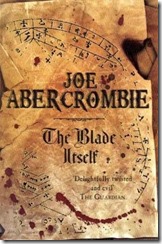 That is not to say that I don’t see problems or inadequacies or that we shouldn’t be harsh in our criticism, that we can’t be derisive, but we have  language and words cost nothing so let’s use them to make our points clear.

Grimdark is a pejorative term of mixed origin.  It started as a catch all phrase for the grim, teen and testosterone fuelled  world of the Warhammer universe that fluffs out the tabletop war games produced by Games Workshop. It has become of late, a label applied to the dark fantasy fiction of the works of Joe Abercrombie, George Martin, Mark Lawrence, and a few others.  I’d prefer that we criticize these authors specifically then simply label them “Grimdark” and give them a wide berth.

I read Joe Abercrombie’s defense of grittiness and I have also read his response to the claims leveled against him in his presentation of female characters in his earlier works.  He writes what he writes because he sees it as the best way to reveal the truth of the narrative, but he’s also willing to see where he has done a crap job of presenting characters (specifically women).

Tansy Rayner Roberts (whose works I might add, excitingly blends traditional female roles with grit) pointed out two follow-on articles by Foz Meadows and Kate Elliot.  Foz does a great job of poking some holes in that defense and raises the point that an author’s “reality”, their understanding of the grittiness of the real world transposed on the fantasy one, will have a raft of biases that shape it.

There’s nothing wrong with wanting realism in your fantasy – most readers demand it to some extent – but that doesn’t mean we’ve all agreed on what realism in fantasy is. It’s a mistake to assume that your preferred flavour of honesty is the only legitimate one; or, just as importantly, the most legitimate one.   [source]

Kate’s article focuses on the apparent aversion of consensual sex in “realistic” fantasy, arguing for its inclusion as important in the portraying reality (citing  historical documents)

To my mind, we lessen the story we are telling about human experience if we do not include and see as worthy all of human experience, especially including positive depictions of sex and love. What kind of world do we vision if we only tell the ugly stories about such intimate matters? [Source]

All three articles coalesced and took a darker turn for me.  I tried to think of any examples in the authors cited as “Grimdark”, who I have read – Martin and Abercrombie, that dealt with the reality of male sexual violence against males.  I tweeted that thought and received a number of responses that seemed to echo my thoughts - that this is an area of “gritty realism” seldom covered or explored within the “Grimdark” novels.  This despite the very real historical and modern reality of male rape, especially in conflict zones, the abuse and hazing of men in the military, the abuse of young men by institutions.  It strikes me as a monolith of a reality, a giant elephant in the room that authors can’t or won’t see.

This is not to say that I particularly desire the depiction of male rape in my gritty fantasy, or female rape for that matter ( but the later is a staple trope).  Take as a case in point the capture of Brienne of Tarth in the Song of Ice and Fire. She is repeatedly threatened with rape when captured by the brave companions. :

“Shout it a little louder, wench, I don’t think Urswyck heard you. The sooner they know how little you’re worth in ransom, the sooner the rapes begin. Every man here will mount you, but what do you care? Just close your eyes, open your legs, and pretend they’re all Lord Renly.”

Mercifully, that shut her mouth for a time. 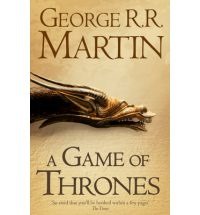 Now the Brave Companions have a reputation as being the lowest of the low, and they do not baulk at chopping the hand off Jaime Lannister, but not once is Jaime a exemplar of masculinity, a hard and cruel bastard, ever threatened with sexual assualt?  What would have been the effect on his character had he endured the treatment of this man.

I suspect its not written about for a number of reasons

Its no surprise to me then that the best (appropriate to the narrative and lacking in gratiuty) portrayal of the “reality” of sexual violence by men on men  that I have read comes from women writers.  I point to Margo Lanagan’s The Goosle, which caused a stir in some quarters because it dared to relate a very dark and we may argue plausible version of Hansel and Gretel.

I would also add the recent works of Rowena Cory Daniells who manages to combine male on male sexual violence as well as the consensual sex Kate Elliot called for, in her Outcast Chronicles.

I’d like to see some of the male writers tackle these themes in their gritty fantasy fiction.  I know I found male sexual violence against males in the Outcast Chronicles confronting, it also forced me to more closely examine the staple tropes of sexual violence against women in fantasy.  To come to understand how those representations might affect female readers, why they might tire of being hit over the head by the damaged women stereotype.

If the “Grimdark” authors value honesty I think to hold on to that standard they need to see the elephant in the room. Perhaps there are other authors who do tackle the points I have raised, feel free to mention their works below.