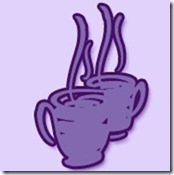 In this episode you will be relieved to hear Alisa’s voice instead of mine while she interviews Ellen Klages:

Ellen Klages’ short fiction has appeared in science fiction and fantasy anthologies and magazines, including The Magazine of Fantasy and Science Fiction, Black Gate, and Firebirds Rising. Her story, “Basement Magic,” won the Best Novelette Nebula Award in 2005. Several of her other stories have been on the final ballot for the Nebula and Hugo Awards, and have been reprinted in various Year’s Best volumes.

It’s a very good interview by Alisa, asking some interesting questions and I am now going to have to hunt down some work by Ellen.

You can stream from the player below or download here

Podcast Powered By Podbean
Did you enjoy this review? Would you like to read more? You can subscribe to the blog through a reader,by Email or Follow me on twitter.
Posted by Sean Wright at 12:56 PM