I am an unabashed Tolkien fan (sure he has problems) but Lord of the rings was the first book in which I formed a strong attachment to characters way back 30 years ago.

I loved the movies sans Bombadil.

And I am pretty sure that Jackson knows what he is doing stretching the Hobbit to a trilogy. Pretty sure.

In a note posted to Facebook this morning (in the U.S.) Peter Jackson confirmed there will be a third film in the “Hobbit” series:

So, without further ado and on behalf of New Line Cinema, Warner Bros. Pictures, Metro-Goldwyn-Mayer, Wingnut Films, and the entire cast and crew of “The Hobbit” films, I’d like to announce that two films will become three.

TheOneRing.net has confirmed with two independent sources that the third “Hobbit,” film will not follow the schedule of traditional December releases for Middle-earth movies and will hit audiences in Summer of 2014. [Read More]

and here’s the latest production diary 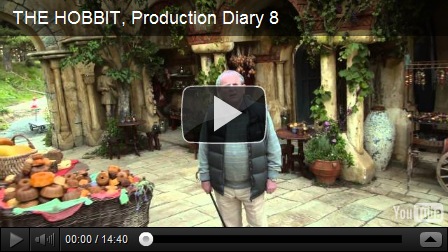 What are your thoughts? Crass commercialism? Or do we love Uncle Peter?