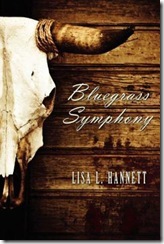 I have come to the conclusion that I work better under a deadline.  I am currently at work on two manuscripts, but they long term projects that are vey easy to dodge and make up excuses for.

So I have signed up to attend Lisa L Hannett’s short story workshop being run through the SA Writer’s Centre.  It’s a two day course split over two Saturdays,  a fortnight apart.

Who is Lisa Hannett?

She has won three Aurealis Awards, including Best Collection 2011 for her first book, Bluegrass Symphony (Ticonderoga). She’s currently working on her first novel Familiar and is about to release Midnight and Moonshine, co-authored with Angela Slatter(pronounced slay-ter).

Lisa is a graduate of that hothouse of talent - Clarion South.

South Aussie peeps can still book by contacting the SA Writers centre via their website.