This was an article I submitted to a local newspaper last year, but had no luck with.  I’ve seen a lot of tweets and posts from guru’s and self help specialists floating around today.  Me, I favour and evidence based approach, here’s what my “research” turned up.

How many times have you sworn to yourself that this year you’d do it - lose five kilos, get a better job, find yourself the perfect partner, write that best seller - only to find yourself at the end of another year, making the same unfulfilled resolutions, along with taking on a couple of extra kilos?

Well the good news is, you are not alone. Quite a few of us fail to keep our resolutions. In 2008 Professor Richard Wiseman of Quirkology fame tracked 700 people as they attempted to keep their New Year’s resolutions. Nearly 90% of those participating in the trial failed to keep their resolutions. This result was similar to an earlier study he conducted of 5000 people, making life changing resolutions. Despite at least 50% of that group being confident in their ability only 12 % were successful in meeting their goals.

These studies mirror findings in a survey by Miller and Marlatt in 1998 in which almost 75% of people surveyed failed to achieve their resolutions on the first attempt.

Every guru and his dog 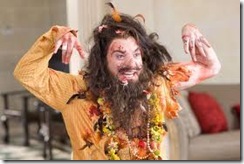 So now we know we’re in good company. Is there anything we can do? Every guru and his dog has a suggestion. Visualise yourself getting thinner, or packing on muscle. Think positive thoughts, spend five minutes a day visualising a pay rise. The trouble with this approach is, according to Wiseman, it’s not backed up with reliable evidence. Visualising is ineffective at best and possibly detrimental. Wiseman, in his book 59 Seconds, quotes two studies that showed visualising had a negative effect on people’s success in the fields of romance and employment.

When he looked at those who succeeded in the New Year’s resolutions studies he found interesting similarities between the participants – four broad approaches or habits that others can copy.

First, those who succeeded managed to break down their resolutions into small manageable goals. This technique worked extremely well for men. “An extra 22% of men achieved their resolution when they engaged in goal setting,” says the Professor.

Want to loose 20 kilos? Break that number down into a kilo a week, or a fortnight, rather than focusing on the whole number. And track your progress somehow, on a calendar or in a notebook. Miller and Marlatt observed the same - the more monitoring you do the more feedback you get, the better you will do.

Second, spread the news, particularly to those close friends and family. Ask for their support in not offering you a drink or a smoke or leftover Christmas pudding, and get them to encourage you when things get tough. This particular technique worked well for women who were 10% more likely to succeed if they received support when the going got tough.

Key 3 Focus on what change will bring

Third, remind yourself of the upside that this change will have on your life. Wiseman writes that reflecting on the positives change will bring encouraged participants to look to a more positive future, and remain motivated.

Key 4 You will stumble, get up and keep going

Last, new habits are hard to form, anywhere from 30-60 days according to a study published in the European Journal of Social Psychology in 2009. Many of those succeeding in the studies had lapses. The difference was that they didn’t allow themselves to dwell on a small stumble and kept focussed on their long term goals.

Other things that were helpful were reducing the number of resolutions that someone made. Making big life changes increased the chance that participants would lapse and become disillusioned.

Making changes also requires a bit of forethought. It’s no use making the commitment to lose a few kilos by cutting out pasta, when your family eats pasta five times a week, or that you will be giving up the booze when you go to the pub five days a week with your friends. In the studies mentioned above, those who took time to plan their changes and consider the impact on their life had greatest success.