Gear up for Eclipse Online 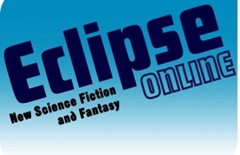 In a matter of days Nightshade will be releasing (firing up?) Eclipse Online, the successor to the wonderful and ground breaking set of anthologies by renowned rambler (listen to the Coode Street Podcast) and editor Jonathan Strahan.

The stories that you previously would have paid good money to read in a wonderful bound edition are now being provided Free…yes free, online.

Nightshade have teased us with the following press release

On Monday October 8th we'll launch Eclipse Online with the awesome, "The Contrary Gardener" by the fantastic Christopher Rowe.

Christopher Rowe has published more than twenty short stories, and been a finalist for the Hugo, Nebula, World Fantasy, and Theodore Sturgeon Awards. His work has been frequently reprinted, translated into a half-dozen languages around the world, and praised by the New York Times Book Review. His story "Another Word For Map is Faith" made the long list in the 2007 Best American Short Stories volume, and his early fiction was collected in a chapbook,Bittersweet Creek and Other Stories, by Small Beer Press.

His Forgotten Realms novel,Sandstorm, was published in 2010 by Wizards of the Coast. He is currently pursuing an MFA in writing at the Bluegrass Writers Studio of Eastern Kentucky University and is hard at work on Sarah Across America, a new novel about maps, megafauna, and other obsessions. He lives in a hundred-year-old house in Lexington, Kentucky, with his wife, novelist Gwenda Bond, and their pets.

I suspect that you will be able to purchase formatted versions for your Kindle/Kobo/eReader at some stage in the future.

But yeah thanks Nightshade and Jonathan