I have gone from having no work to being fully booked more or less for the next two weeks – ah the life of a masterless Ronin relief teacher.  So I am still ploughing through Brandon Sanderson’s Warbreaker and I am trying to organise a telephone interview with a an unnamed1 Australian novelist.

So some links of interest that popped up in my reader:

Laura does a really good job of picking apart the idea of rip-offs and pointing out that each generation retells the stories of the last among other things.

Dancing with Avatars on Mars: On John Carter and Ripoffs 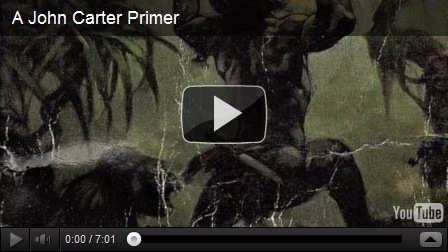 Tansy has a great post on the Doctor Who episode Planet of the Spiders in”:

“Not Just a Journalist But a Woman Journalist!” [Review: Planet of the Spiders]

It makes me want to see it again and reminds me that at least three of the actors from that period have all sadly passed away.

Mary Robinette Kowal points us to a blog post by one of her Alpha readers on the importance and role of an alpha reader.  And having just engaged my significant other to do this job all I can do is nod my head in agreement.

Finally, Rowena Cory Daniels has emerged from the editing cave to give us this interview  with Australian writer Lian Tanner.  Well worth reading.

1.They obviously have a name but I am not telling