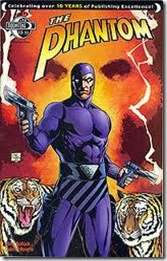 I had a brief flirtation with Comics in my teens.  I grew up of course in Alice Springs where the were no dedicated comic shops and the fare at the Newsagents was limited to very general and sporadic titles, though you always seemed to be able to get a copy of the Phantom.

The library wasn’t too much better, the only graphic novels were Tin Tin and Asterix( the later I loved).

I hooked up with some American friends in my last couple of years of school and they had developed a serious love for comics.  Consequently I collected a bit of Batman (especially vs Predator) and still have four alternate covers of a reboot of the X-Men.

So with the new Kobo and having listened to Tansy talk about digital comics on Galactic Surburbia I went on the lookout for an android reading app.

If you complain about formats and ebooks, then you haven’t entered the mire that is digital comics.  Luckily I was able to find an app and a store that has a really wide range.  Comixology seems to have the two big names – DC and Marvel and a growing collection of less well known publishers.

So with the App downloaded, I downloaded some free/ preview issues.  I must say I am very impressed.  Comixology has Guided View technology which I would say is essential for any tablet device under 10 inches.

Instead of zooming in as you would on a pdf, guided view will actually guide you through panel by panel – an excellent feature if you are new to comics and your visual literacy with the medium is next to zero.

To get an idea of what I am talking about here are the Comixology crew demonstrating on an iPad. 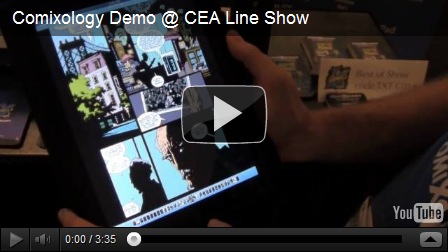 I have read comics/graphic novels on the laptop before and paging up and down has been distracting from the reading experience.

After downloading Comixology and about 6 free comics I am am pretty much hooked.  It’s only a lack of interest in Superheroes and no wifi connection at home that is preventing me from loosening the purse strings.

This article at life hacker was helpful in sorting out formats, reading software and where to go for comic that exist outside the sort of set up the Comixology store has.