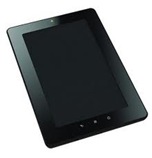 It was my birthday recently and aside from getting a raft of books from Australian & American small publishers, my darling wife bought me a new ereader.  The ol’ Sony PRS 505 is still running but it does so on its own terms.

So after much umming and ahhhing I settled on the Kobo Vox either a cheap tablet or a beefed up colour ereader depending on your view.

I  wanted a couple of things out of the new reader

I played around with the one that was on display in store and it seemed to work fine.  I had read the majority of the manual online so was pretty confident.

Not so. And this is something I had to dig through a forum to find as there is no indication in the manual.

The Kobo Vox essentially requires a private wireless connection for setup or you won’t be able to download the firmware and get into your reader.  I assume that after this is done you’ll be able to access public Wi-Fi but I m not entirely sure.

Enter the rest of the problems

While stumbling through the various forums I came across another interesting bit of information.  Apparently the Vox doesn’t handle ADE drm’ed books which is pretty much an industry standard DRM package for non Kindle books.  There are ways around this but its annoying when you have specifically bought a product because you want it to handle a number of formats. On review of the manual it does say that it reads only Kobo products and non drm’d works.

So currently I am waiting on a mobile wireless hotspot to arrive from my ISP so that I can connect and unlock the device.

To my mind two things that should have been stipulated on the box in dot point form were:

So I will keep you posted on my adventures, in the hope that others may benefit from my trials and tribulations.