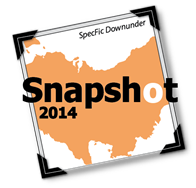 1. You have been involved heavily in ASIM and edited issue 60.  What trends have you noticed in submissions?  What's changed over the years of your involvement?

Do you mean what has changed in what we're buying or what we're receiving? I can only go by the slush I've read, but I do seem to have seen a fair bit of Steampunk recently. We get a lot of fantasy too. We do like humour if we can get it, but we don't receive as much as we'd like and probably our readers would lose interest anyway if that's all or most of what we published.

I tried to have a balance of SF, fantasy and horror; there aren't as many Australian pieces in issue 60 as I would have liked, but I could only choose from what was available. I admit I had more space-themed stories than some other issues, but just couldn't resist whenever a great space story came my way. I did still publish historical fantasy, stories based on mythology and one very unusual vampire story.

2. You work as a Librarian, and you are one of this year's Aurealis Judges for the Children's section?  YA is becoming increasingly popular  and more widely read by those of us who are age rich. But for those readers who limit themselves to adult Speculative Fiction, which authors and books do you recommend and what specfic stories are engaging the younger fans among us?

I don't read a lot of adult books; the best spec fic I've read is YA, such as Michael Pryor's Steampunk Laws Of Magic series. However, I recommend the classic writers - you can't go wrong with the likes of Harry Harrison, Poul Anderson, Gordon R Dickson and such. There's an ebook republishing scheme called SF Gateway which has a lot of the classics. More recently: Lois McMaster Bujold, Stephen Baxter, Connie Willis, Juliet Marillier, Margo Lanagan, Harry Turtledove,who also writes YA, Kate Forsyth, ditto, Terry Pratchett... Actually, so do Juliet Marillier, Terry Pratchett and Margo Lanagan. I have plenty of other favourites, but they're all YA writers.

Younger fans, in my experience as an old teacher librarian, are reading and loving dystopian and vampire romances(I have a hard time persuading our girls to read anything in which the vamp is a bad guy.). In my library, the Ranger's Apprentice series(John Flanagan), and others are big fans of Garth Nix's books. Interestingly, the very girl-centred Old Kingdom books have an all male fandom at my school. 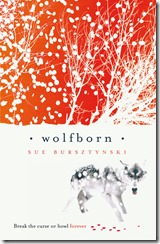 3. You write fairly broad fantasy, historical fantasy and mythic retellings - what can we expect from you in the future?

I do write a lot of historical fantasy, as a lover of history and mythology, because that's what I know about. I also write a little straight historical fiction, two published so far and working on a third, though not sure yet if it will sell. If it doesn't, I might have to rework it as a fantasy.

I sold a lot of children's non-fiction, including education books, though there's no market for it now unless you're one of a company's stable of writers. If there's another opportunity to do that, I will try it. I can't do hard SF because my knowledge of physics and chemistry is minimal, but I'd like to have a go at borderline SF, which I can research without having physics qualifications(in fact, I sold one a few years ago, a children's chapter book called Grey Goo). SF is what drew me to spec fic in the first place, "sensawunda" - look at the cover of ASIM 60 and you'll see what I love. And I read New Scientist regularly for ideas.

Recently, as in the last few months, Ambelin Kwaymullina's The Interrogation Of Ashala Wolf and The Disappearance Of Ember Crow - wonderful dystopian fiction, can't wait for the next one, though I'll have to; like me, Ambelin Kwaymullina has a full time day job! Some books by Kate Forsyth, including her recent Two Selkie Stories From Scotland from Christmas Press. The last of Juliet Marillier's Shadowfell trilogy.

These days it's much harder to sell anything to large press, which is cutting back and taking fewer chances - the last thing I sold to a big publisher was my novel Wolfborn and before that even came out, my publisher from the Woolshed imprint of Random House lost her job and Woolshed no longer does spec fic, so I couldn't sell them another fantasy novel in that imprint.

Small press is now the way to go and thank heavens we have some wonderful small press publishers in Australia! I'm reading (and submitting to) both small and large press, but I mostly stick to small press for my fix of SF and big press for YA and children's books(though the fabulous Ford Street is supplying me with YA as well). 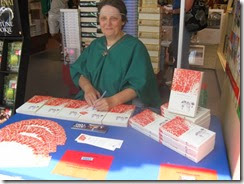 Sue Bursztynski is a Melbourne writer, author of ten books for children and teens. Her short fiction has appeared in anthologies from Ford Street Publishing, Andromeda Spaceways Inflight Magazine, Pearson, Peggy Bright books, Specusphere and Fablecroft. She blogs at The Great Raven about YA, children's and genre fiction and is a member of the Andromeda Spaceways Inflight Maazine team. Her YA novel Wolfborn was a Children's Book Council of Australia Notable Book. Her story for younger readers, "The Sheepdog In The Stable" will be published in November in Christmas Press's forthcoming anthology, Once Upon A Christmas Annual.