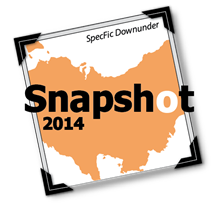 Your latest project is a co-edited collection of essays with fellow Australian science fiction author Damien Broderick called, Intelligence Unbound: The Future of Uploaded and Machine Minds.  Some may claim that one role of science fiction is to point us towards the possible, to engage us in thinking ahead.  Are there topics, conundrums, possibilities contained within Intelligence Unbound that you are not seeing being echoed in fiction?

I don’t think the roles of fiction and non-fiction are the same with something like this. Science fiction can explore the possible social consequences of technology, highlight metaphysical and moral conundrums, bring out how events might impact on people. Through story, world-building, and character, it can consider the impact of innovations and ideas in ways that might go beyond what is doable in “straight” science or in philosophy. Still, it can’t do what scientists do when they actually conduct observations and experiments or even what philosophers do when they try to analyse concepts and anxieties in a rigorous way, when they examine the formal cogency of arguments, etc. So it’s not so much that there are issues that are unexplored in fiction. I suspect that most of the issues discussed by the contributors to Intelligence Unbound have, indeed, been explored in fiction, e.g. in the work of Greg Egan. But the various kinds of exploration – seen in fiction, in science, in philosophy, etc., are not substitutes for each other.

Earlier in the year you had Humanity Enhanced Genetic Choice and the Challenge for Liberal Democracies, published. It tackles many of the moral and ethical objections to human enhancement.  When you look at popular culture and the infiltration of science fictional themes into the mainstream, do you see these science fictional products as engaging in important ideas or are they largely conservative, pushing the "What if something goes wrong?" point of view instead of the "What might be possible?"

There’s a strong element of technophobia running through science fiction as a genre, though this varies from time to time and place to place. Certainly, much science fiction is technophobic when it comes to genetic technologies. Still, one feature of the sf mega-text is its essentially ambivalent attitude to technology. Even in a work with strong technophobic elements, technology may at the same time have alluring, pleasant, liberating aspects. In individual works, more cautionary, fearful attitudes to technology may prevail, but there is usually some aspect that subverts this to a degree. And even highly technophiliac works – including those of the Gernsback era and the Golden Age – often show dangers in new technology. I think that looking for this kind of ambivalence in individual sf works is often a great way to understand them more deeply. At a larger level, I think it’s a key to understanding the genre as a whole.

Your recent works have tended toward the academic and philosophical, is there a fictional outlet that you want to pursue, some idea that you don't believe has received adequate treatment from the field? Or is what we are on the verge of experiencing more immediate or important?

I can’t see myself writing fiction for the foreseeable future, and if I did it would probably be something more for fun and entertainment than something earnestly exploring genetics or Artificial Intelligence, or the like. For example, it would be a lot of fun to write a sequel to The Tempting of the Witch King, or perhaps to “The Sword of God”. Really though, I find that writing fiction and writing non-fiction prose just don’t mix for me. I need to be obsessed with whatever I’m working on at a particular time, and I find that the two different kinds of tasks put me in completely different mental zones. I can imagine working simultaneously on two novels or on two philosophical books, but not some mixture.

I’ve read a lot of Australian speculative fiction recently in my role as a juror for the Norma K. Hemming Award. I loved many of the books, though some did not seem to be especially relevant to the award. One example of that was Max Barry’s extraordinary thriller Lexicon. The winning book, Nike Sulway’s Rupetta, was superb. I love Jo Spurrier’s sword ‘n’ sorcery work, though her newest book in her current series seemed less on-topic for the award than the first one (where depiction of the life of a wounded and disabled warrior was central). I recommend Janeen Webb’s new collection of her short fiction, Death at the Blue Elephant, which includes some new pieces that are mindblowingly good.

The short answer to the first question is “not yet” – I suppose my only concern so far is that the ease of self-publishing has put a lot of books of dubious quality on the market, which can undercut high-quality books, especially from academic presses where the marketing strategy involves relatively small print runs and high unit costs. Still, those presses will continue to sell strongly into academic libraries. The problem is probably not so much lost sales as a certain amount of confusion about what books really are reliable, intellectually cutting edge, etc.

I have a list of books that I want to write and/or edit, so if I can maintain my current reputation with some good publishers I’ll be working through that list. These are all non-fiction books, I’m afraid. I’m not currently in the mental zone to be writing fiction. Again, I find the two kinds of writing don’t really mix for me. I would, however, like to get back soon to writing more material that discusses fiction – and narrative and literature in general – in a serious way. These things are important, there’s much to explore, and I miss having the time to write more about that. 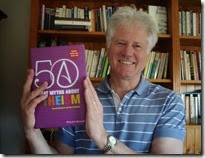 Russell Blackford is a philosopher, writer, and literary critic who grew up in Newcastle, where he recently returned after 30 years in Melbourne. He is a Conjoint Lecturer in the School of Humanities and Social Science at the University of Newcastle. Russell’s most recent books include 50 Great Myths About Atheism (co-authored with Udo Schüklenk; 2013), Humanity Enhanced: Genetic Choice and the Challenge for Liberal Democracies (2014), and Intelligence Unbound: The Future of Uploaded and Machine Minds (co-edited with Damien Broderick; 2014). His fiction and literary criticism have won him a number of national awards, including the William Atheling Jr. Award for Criticism or Review on three occasions. As a creative writer, he is perhaps best known for his award-winning, and frequently reprinted, fantasy story “The Sword of God” (1996) and his tie-in trilogy for the Terminator franchise, Terminator 2: The New John Connor Chronicles (2002-2003).