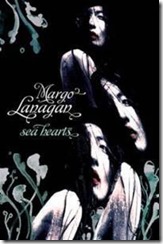 Sea Hearts or as its titled in the northern hemisphere – The Brides of Rollrock Island, has been longlisted for the Inaugural Stella Prize. The prize will be awarded on the 16th of April and the winning author will receive $50,000 for their efforts.

You can see the other longlistees here.

The Stella Prize will be an annual prize celebrating Australian women’s contribution to literature. It is named after Stella Maria Sarah Miles Franklin and is partly modelled on the very successful UK Orange Prize. Both non-fiction and fiction books by Australian women will be eligible to enter.

The prize will reward one female writer, the winner of The Stella Prize, with a significant monetary prize of $50,000. The Stella Prize also seeks to raise the profile and sales of books by women generally, and specifically through The Stella Prize longlist and shortlist. In doing so, The Stella Prize will encourage future generations of women writers by increasing the recognition of Australian women’s writing and providing role models. [Source: Australia Business Arts Foundation]

You can donate to the prize it’s tax deductable.  Just click the source link above.