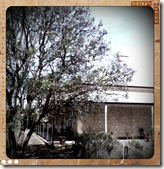 Well that was a nice little jaunt to Brisbane. I have a really cute nephew – who despite his parents warnings to the contrary, never woke me up.  I slept, as they say, like a baby1.

Highlights of the trip were of course, said nephew and his parents (haven’t seen my sister since she got married 3 years ago) and Supanova.

To say that I was overwhelmed by Supanova is a little of an understatement.  Perhaps it’s living rurally for 3 years, where a crowded street is another person walking toward you on the footpath.

At its peak the pressing crowd was stifling and oppressive.  Talking to the authors at the Dymocks stand though, I was informed that it would have been impossible to move in the exhibition hall if they hadn't already held a Supanova earlier in the year.

I did see Val Kilmer and Billy Boyd from afar and really that was enough.

Authors are cooler than movie stars

I preferred to hang about the Dymocks stand where

I met a number of authors in person

They were all much cooler than Val Kilmer.

1.  My brother in law’s home brew may have had some influence here. Did you enjoy this post? Would you like to read more? You can subscribe to the blog through a reader,by Email or Follow me on twitter.
Posted by Sean Wright at 11:33 AM