Long time readers of the blog will remember the Peacemaker graphic novel launched by Marianne de Pierres in mid 2011. 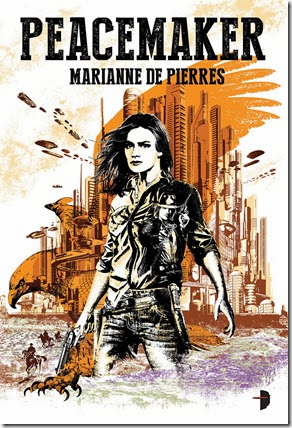 Marianne has been hard at work crafting that tale into two novels that will published by Angry Robot in 2014 and 2015.  Peacemaker (Book 1) is due for release by Angry Robot books in early May 2014.

So until that time you will just have to console yourself with the cover art by Joey Hi Fi, which was partly inspired by the graphic novel which illustrated by Brigitte Sutherland and created by Marianne.

More details about the book can be found on this page.