Having my genre proudly ruined by women since 1984 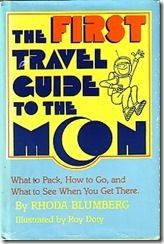 There’s been a plethora of women writing about sexism in science fiction and fantasy this past week, Foz Meadows wrote a cracker of a piece here and Ann Aguirre (a-gear-ray) penned this yesterday.

Well worth reading both.

It was this gutless email from some c**k-muppet privileged male whinger, directed in private to Ann that got me head-desking:

“Its bitches like you that are ruining SF. Why cant you leave it to men who know what their doing?”

I mean seriously, being somewhat over dramatic aren’t we?  I am pretty sure considering the male domination of the field that even excluding golden age male writers you could still find plenty of manly-man Sci-Fi.

A warning though,watch out for Kim Stanley Robinson’s 2312 it’s hard sci-fi but the gender-

bendery stuff might make your insecure male boy-sacks shrivel up.

And that’s the thing I feel that reading some of these emails I am reading the thoughts of under developed boys, teenagers.

But perhaps that’s just me.  Perhaps my reading was ruined at a young age, when at 9 I bought The First Travel Guide to the Moon from the scholastic book club.  Or later when I read Ursula Le Guin’s Wizard of Earthsea after finishing Lord of the Rings.

Quit your bitching. Obviously your work is drek or you couldn’t crank it out so fast. Who cares what anyone calls the crap you write? So fuck off and stop whining about equality. Shit is equal to shit.”

Give or make a long, high-pitched complaining cry or sound.

Complain in a feeble or petulant way.

If you don’t want to read what women write then f*ck off and read something else. If you were trying to tell me what I can and can’t write you’d be drinking all your meals.

Note: I considered a gentle post, arguing the finer points of why its necessary to have variety, why women can, have and do write core sci-fi. But this was more fun.

Note 2: Jim Hines has a good collection of all the posting on the SFWA issue in