In a rather astonishing move that will have Margaret Court, wailing and gnashing her teeth the ABC is screening Outland, a sitcom about gay science fiction fans.

I am hoping it will be a blessed relief from shows that trumpet white middle class Australia (Rafters & Tricky Business) and the countries fascination for recreating cop shows which always strike me as poor imitation of their American forebears. 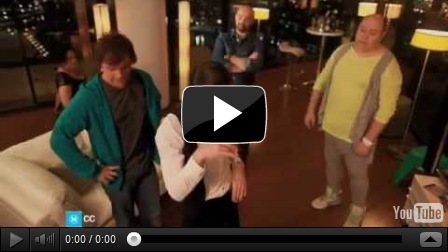 The show’s a labour of love for writer John Richards who has spent about 7 years trying to get this to the small screen.

If I recall correctly, it was knocked back by the ABC originally, so the creators made a pilot/short film and toured film festivals to critical acclaim.  Then Aunty1 became interested again and decided to produce it.

The Shooting the Poo and the Writer and the Critic podcast have featured John Richards recently so check those casts out for some more insider info.

I commend the ABC for doing a show about both Science Fiction fandom and gay fans.

1. [Aunty is the nickname of our national broadcaster the ABC]↩