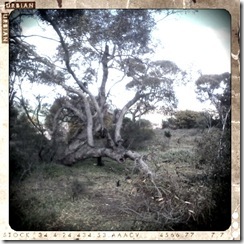 I appear to have reliable internets again (knocks wood) so here were some links I managed to snare while chasing a signal in the back paddock.

First is Jim Hines, who displays the skill and thoughtfulness that saw him win the  Hugo Best Fan Writer Category this year in:  Crap people say about sexual harassment.  It’s a round up of the types of discussions that occur when we try and discount the significance of harassing behaviour- especially at conventions.

From various posts and conversations around the internet…

“If you obviously can’t handle the social interactions at an SF Book con, then perhaps you need to seek some education … I suggest that you never, ever leave the confines of white, educated middle class North American society. In Nigeria and Saudi Arabia they take people like you and kill them with rocks.”

You should read the comments too as they are mostly articulate and civil.

Along similar themes is an article by Rose Fox who was part of the team that rectified the Readercon debacle.  Rose calls into question two things; how we should approach the running of conventions (ie professional/business like) and that in harassment cases their seems to be far to much emphasis on the perpetrator.

Please check out  What Conventions Are and Aren’t.

…Conventions are not communities in the traditional sense of the word. They are not townships. The conchair is not the mayor; the head of safety or security is not the chief of police; the concom and the board are not tribunals or juries. The organizing bodies are not directly or representationally elected and are almost never demographically representative of the convention-attending population.

I think that treating conventions as in some way parallel to real-world communities governed by law is a really bad idea, especially when we get into these crime-and-punishment discussions. Conventions are not in the business of dispensing justice. They aren’t designed for it or equipped for it, and no one–especially not anyone involved in running a convention–should behave as though they are, even for a moment. [Read on]

If you have ever been confused about the male gaze and it’s relationship to writing, I encourage you to read Kate Elliot’s guest post at SF Signal : The Omniscient Breasts: The Male Gaze Through Female Eyes.  It’s equally good for male and female writers.

My reading experience of fantasy & science fiction over forty years is that it is mostly written with the male gaze. By this I don’t mean it is written from the point of view of a male character, although that is often the case. Nor am I speaking about the gender of the writer: a  male writer does not automatically write every line of every book with a male gaze just because he is a man; in fact, a male writer can write with a female gaze, and women can (and often do) write with a male gaze. [Read On]

And last a reminder to pick up Rabia Gale’s post apocalyptic, cyborg infused Rapunzel tale, Wired, while its free on Smashwords.