South of Sanity–Horror in the Antarctic

I was listening to Radio National earlier this week and Richard Fidler was talking to Melissa Langridge an Australian marine biologist who recently worked in Antarctica. The conversation around her research - the diving into ice cold water, having to wory about aggressive fur seals and basically having to painfully thaw your extremities was great. (download audio here)

But there was a little twist to the story.  The team members,cooped up in the Antarctic base decided to pass their downtime by creating a horror film about a group of scientists being stalked by a deranged murderer in an Antarctic base.

Apparently the film itself has gone viral checkout the trailer below 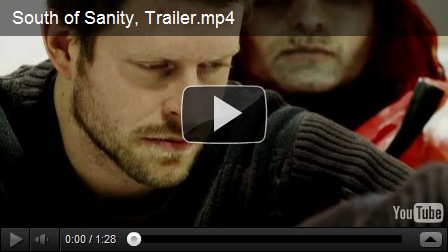 As an odd bit of trivia, the writer’s mother, a freelance make-up artist who provided blood and gore recipes for special effects, previously worked on Dr Who.