Library Loot is a weekly event co-hosted by Claire from The Captive Reader and Marg from The Adventures of an Intrepid Reader that encourages bloggers to share the books they’ve checked out from the library. If you’d like to participate, just write up your post-feel free to steal the button-and link to it via the plugin on the host's page. And of course check out what other participants are getting from their libraries! This week is hosted by Marg from The Adventures of an Intrepid Reader

Whoa, it’s been a long time between drinks participating in a library loot.  Strangely enough for the last school term I was actually employed as a Librarian.

So looted books(bought rather than borrowed): 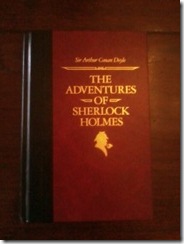 Well this first one comes tinged with sadness.  One of our library board members, passed away recently, he wasn’t hale and hearty, so it wasn’t that much of a shock. Still talking to a man one day and having him drop dead the next reminds you of your own mortality.

Alby was a committed reader, who when his health was fair, would shoot about the town on his gopher, putting up promotional posters.  He led an interesting life as paddle steamer captain and lived for his westerns.

His daughter returned his library books along with a collection of books that could be donated or sold through the library.  So I happened upon his copy of The Adventurers of Sherlock Holmes, which I shall have as a keepsake, to remind me of a dedicated reader and a library supporter. 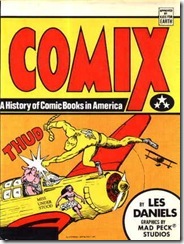 The next purchase was cancelled stock – Comix, A history of Comic Books in America.  Which, as I think I may have mentioned on twitter gets very interesting around the mid 1950’s, with the various witch hunting and blacklisting that occurred under McCarthy.

If you think people are only now doing edgy subversive stuff in comics now, it was being done long before. 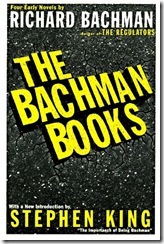 And my final purchase was The Bachman Books by Stephen King, four stories written by King under the pseudonym Richcard Bachman.

Why people through this stuff away I will never understand.  The 14 introductory notes that King writes on why he chose to write under another name are a story all in themselves.

Borrowed, extended and extended again was Gone by talented Australian author and poet, Jennifer Mills.  The downside to being a reviewer is of course that books that you want to read, often sit on the back burner – I may have to reluctantly return this one until I have some spare time to enjoy it.

I have read the first chapter so far, and its good, takes me back to my short stint spent working in community mental health.

So link below or at Marg’s site and let me know what books you have “looted”  this week.