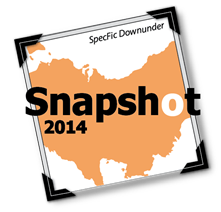 I here you are writing a "How to Pun for Dummies Book" no? Oh well. What have you got on the boil currently?

"Paranomasia for Pacifiers" is sadly still on the drawing board! As for what I've currently got on the go, I've got half of a draft novel under my belt (working title "Gone", an empty earth thriller) and am currently working on a novella project for a local indie press. I've recently written an Aussie Cthulhu story for an anthology, worked on a couple of comic projects, and had a tilt at the Baen Fantasy Award. Sadly I'm studying at the moment, so the amount of hours I can pour into writing has slowed to a trickle - a consistent trickle, but still a trickle.

Everything is a Graveyard came out late last year from Ticonderoga, a collection of your short fiction. What does it feel like to have that collection published?

A great feeling - not only did I get to tick off "publish a collection" from the bucket list, but I got to work with Russ and Liz from Ticonderoga, and we took the book straight from its launch in Adelaide to the Melbourne Zombie Convention the next day. A great experience, and we had a lot of fun doing a small press road trip.

The cover art for Everything Is A Graveyard was custom painted for the book by Aussie comics legend Jason Paulos, and existed before the novella which it inspired. Dropbears, Toranas, bogans, it's got it all.

It was a lot of fun revisiting some of my early short stories, and I'd like to think the book is an accurate description of my journey as a writer. It's got pride of place on my brag shelf!

You also have a YA novel, Quiver and a thriller novella Viral: Anomaly with Steven Savile, are you looking towards the longer form, and are you intending to stay within the horror genre?

Definitely looking towards longer works these days - my default setting is novellas and longer. As for horror, it's been good to me but I'm trying a few different things now, such as Gone which is SF thriller. I'm hoping to continue the story of Quiver in the near future, and have mapped out several sequels in the series. I've got perhaps half-a-dozen other book ideas waiting in the wings, and if I was organised I'd be dangerous.

I absolutely loved the HELL out of Andrew MacRae's Trucksong - hands down this is the most original story I've read in ages. I get the feeling it belongs in the same vein as Paul Haines', Wives and Kaaron Warren's, Slights, as a book that people will talk about long after they've read it and moved on to other things.

I wouldn't say it's made much difference to how I work, but there are many more options once you've finished the work, a terrifying amount of options! I think that advances in POD technology are allowing publishers to be brave with small press work, which is a good thing. Publishing e-books still confuses the hell out of me (how the hell do you promote them effectively, do "signings" etc?), but I sure love reading them.

As for what I hope to be doing in five years, it will be much the same as I'm doing now. Writing novels and having a ball, reading everything I can get my hands on, and polluting the internet with as many daggy dad-jokes and puns as is humanly possible. If I can make one person groan a day, it's a life well-lived. 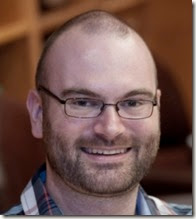 Jason Fischer is a writer who lives near Adelaide, South Australia, with his wife and son. He has a passion for godawful puns, and is known to sing karaoke until the small hours.

He attended the Clarion South Writers Workshop in 2007, and has been short-listed in the Aurealis Awards, the Ditmar Awards, and the Australian Shadows Awards.

Jason won the 2009 Australian Horror Writers Association (AHWA) Short Story and the 2010 AHWA Flash Fiction Competitions, and is a winner of the Writers of the Future contest. He is the author of over thirty short stories, with his first collection “Everything is a Graveyard” now available from Ticonderoga Publications.

His YA zombie apocalypse novel “Quiver” is now available from Black House Comics, or via www.tamsynwebb.com.