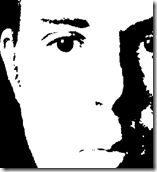 So yesterday got another rejection of my first story.  It was expected but obviously I’d have been happy if that expectation was dashed.  I am chronicling my experience and my feelings as part of my “journey” to becoming a fiction writer.

I tweeted the result on twitter and got a number of very comforting and encouraging messages.  Not that I was fishing for pity.  But it was interesting to hear from both well published writers and those just a few steps ahead of me, that they have received hundreds of rejections.

Still it was hard going through the list of available markets and assessing which one to send it out to next.  Of course I had just read a brilliant story by Ken Lui the previous day which didn’t help – one of those stories that make you want to not bother writing because if they can have Ken Lui, they ain’t going to want Sean Wright.

But that’s the insecure writer in me talking, and as brilliant as Lui is, he wasn’t born writing Single-Bit Error, he had to get there the same way as everyone else.

So in the end I buried the insecure writer alongside the pessimistic inner editor (these guys must have brothers or clones, seriously you get rid of one and another pops up) and sent it out again.  If it’s out there it’s still working.  I can forget about it for a month.

I started another story too, which is good practice, it’s 400 words in and the concept is complete from beginning to end, so I feel good about finishing it.

So back on the treadmill. Learn to enjoy the making of the story not just the end product.